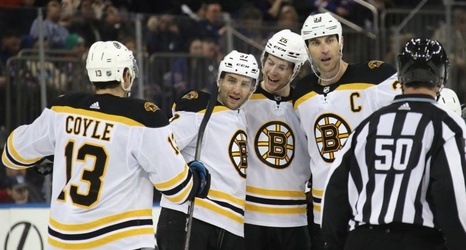 NEW YORK (AP) — A loss in the seventh game of the 2019 Stanley Cup Final could have carried over to the following season, except the Boston Bruins’ strong culture has helped them remain at the top of the Eastern Conference standings.

Charlie McAvoy, Charlie Coyle, and Patrice Bergeron each scored, and the Bruins began a four-game trip with a 3-1 win over the New York Rangers on Sunday.

“We expect to play well every night,” Bruins alternate captain Brad Marchand said. “When we play well, we are going to win a majority of the games. We just hold ourselves to a high standard.