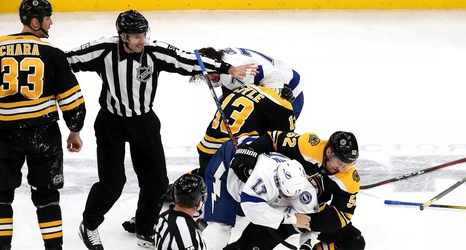 While historically the Canadiens and the Maple Leafs have been bigger rivals for the Boston Bruins, over the last several years, the Tampa Bay Lightning may have quietly become the Bruins’ biggest current nemesis.

A good part of the animosity that has grown between the two teams comes from the fact that they’re both just so good and have recently found themselves battling it out for the division title.

Over the past decade (including this season), the Lightning and Bruins have combined for 6 division titles. Both teams have extremely talented forwards, stingy defense, elite goaltenders, and enough snarl to help keep the rivalry interesting.