Reports: Rumored trade target Tyler Toffoli is now off the board 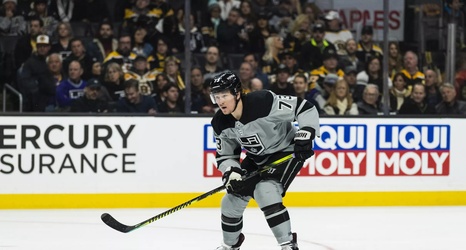 There have been rumblings connecting the Bruins to a number of forwards this season, but no rumblings were louder or more consistent than those linking the B’s to Tyler Toffoli of the Los Angeles Kings.

However, those rumblings were silenced on Monday evening, as reports indicate that Toffoli has been traded to the Vancouver Canucks.

So there you have it! This deal will surely evolve as the night goes on and my computer goes away, but it looks like it’s Toffoli to Vancouver for Tim Schaller, Tyler Madden (currently at Northeastern, drafted by the Canucks in the 3rd round in 2018), and a second-round pick.