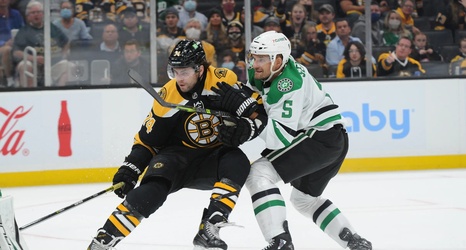 The Boston Bruins topped the Dallas Stars, 3-1, in their season opener tonight at the TD Garden, as Brad Marchand started the night with a thrilling penalty-shot goal and Jake DeBrusk netted the confidence-boosting game-winner.

Jeremy Swayman earned his first win of the season with 27 saves on 28 shots faced. Fifteen players had at least on shot on net as the Bruins outshot the Stars 40-28. Charlie McAvoy and Brad Marchand led with five shots each.

The Bruins controlled the beginning of the game and set the momentum from the opening shifts.