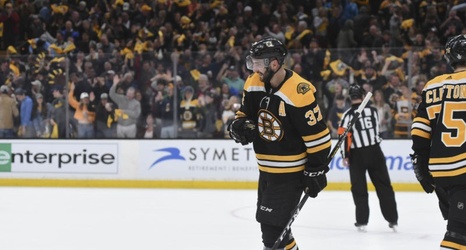 The Boston Bruins stared death in the face entering Game 6 in St. Louis Sunday night. Trailing three games to two in the series after a frustrating and controversial Game 5 loss, they needed their best players to show up on and off the ice in order to keep the dream of hoisting Lord Stanley alive.

A handful of teammates revealed Bergeron’s pregame speech shortly after Bruce Cassidy’s squad left the ice following their 5-1 victory. A handful of Bergeron’s teammates admitted that they were for battle after hearing their alternate captain speak.