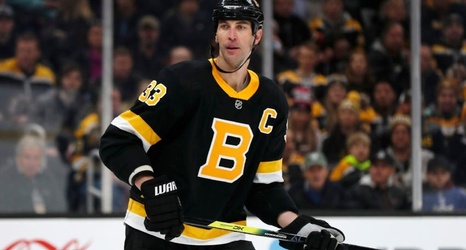 During the second period of Boston’s 4-1 victory, Gallagher shoved Chara before taking a forceful hit to the throat from Chara’s stick. The two were immediately separated by officials. Chara, who was assessed a minor penalty for cross-checking, gestured that Gallagher had theatrically snapped his head back.

Gotta say, this doesnt seem like a fun time pic.twitter.com/o0tadhOmxf