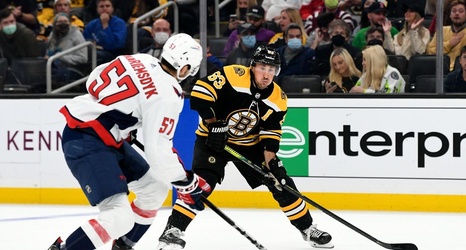 Well folks, the Bruins’ preseason is officially in the books!

I hope you all found the action as riveting as I did.

The B’s ended the preseason with an OT loss last night, but at least they got a preseason point. That matters.

Overall, it was good to see the soon-to-be regulars get a nice run-out in the last preseason game.

We got a look at the presumed Bruins’ opening night second line of Taylor Hall, Charlie Coyle, and Craig Smith, and they certainly looked OK.

Linus Ullmark had another bit of an adventure at times, though it seems like for goalies in particular, preseason performances should be taken with a grain of salt.