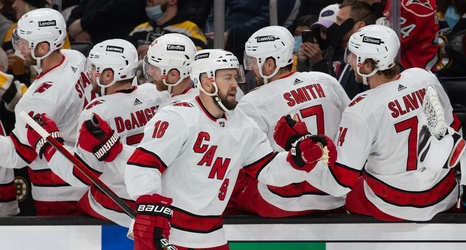 Well then...maybe it’s a good thing that Willie O’Ree decided against making the trip out to Boston for his number retirement, eh?

After a great tribute to O’Ree, one that will hopefully be duplicated in person some day, the Bruins went out and got absolutely pummeled by the Carolina Hurricanes.

The goaltending was bad, the defense was probably worse, the offense was absent...you know, one of those nights where just about everything that can go wrong does, indeed, go wrong.

You obviously don’t want to overreact too much to a single game, even when that single game is a true beating in every sense of the word.