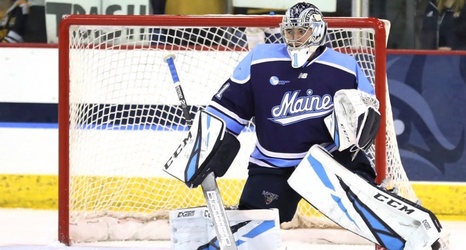 Jeremy Swayman, the college puckstopper who had a glittering career at Maine, will skip his senior year with the Black Bears and turn pro with the Bruins.

His school announced Tuesday that Swayman, 21, signed with the club that drafted him in the fourth round (111th overall) in 2017.

The Anchorage, Alaska product learned earlier that day that he won the Walter Brown Award as New England’s top American-born college player. He is the first Black Bear to win the award since Mike McHugh in 1988. He is one of three finalists for the Hockey East player of the year award.