In solidarity, the Bruins announce the team will lock arms during national anthems 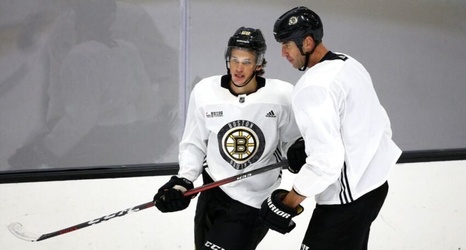 In solidarity for the Black community, the Bruins have decided that they will lock arms as a team during the playing of both the United States and Canadian anthems.

The team officially announced their plan in a statement on Tuesday.

“Over the past several months we have been trying to educate ourselves and learn more about racial injustice in our country and around the world,” they wrote in the statement posted to Twitter. “As a team we have decided to lock arms during the playing of the United States and Canadian Anthems as a sign of solidarity with the Black community.