‘I’m kind of dumbfounded’: What the Blues’ veterans said about finally winning a championship 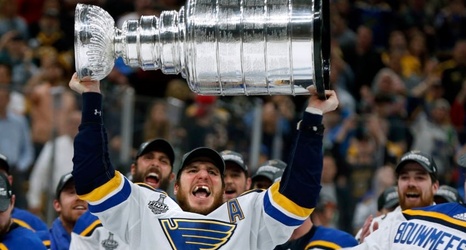 Jay Bouwmeester had to turn on the TV to see playoff hockey for almost a decade after he made it to the NHL.

A third overall pick with lofty expectations, Bouwmeester didn’t get to play beyond the regular season his first nine years in the league.

“Every year you got sick of watching the playoffs,” Bouwmeester said.

Bouwmeester put 764 games on his resume before finally getting his first taste of the playoffs, a record at the time for active players when he finally got the opportunity in 2013. Bouwmeester has since racked up 75 more playoff games.