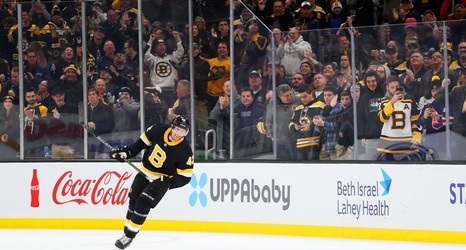 BOSTON -- David Backes couldn't help but smile after scoring his first goal of the season in his first game in nearly a month.

The Bruins right wing picked a big moment against a big-time rival to accomplish the feat.

"You could see [the emotion] it on my face. That was elation,'' Backes said.