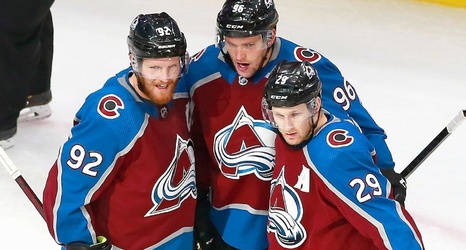 The Colorado Avalanche have opened as the betting favorite to win the Stanley Cup in the 2021-22 NHL season, according to Caesars Sportsbook by William Hill.

The Avalanche, who won the Presidents' Trophy for the NHL's best record this season, are +500 to win next year's Stanley Cup. The Vegas Golden Knights, who eliminated the Avalanche in the 2021 playoffs, have the second-best odds at +550.

The Tampa Bay Lightning, who just won their second straight Stanley Cup, are +600 to make it three in a row. The Boston Bruins, Carolina Hurricanes and Toronto Maple Leafs follow at +1400.