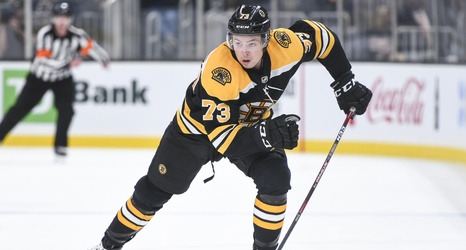 The Boston Bruins cruised to a 5-1 victory over the Buffalo Sabres on Thanksgiving Eve. More importantly, they potentially avoided a significant scare.

Carrying a comfortable 4-1 lead into the third period, Charlie McAvoy found himself on the receiving end of a late hit from behind via Sabres forward Zemgus Girgensons. Boston’s trainers attended to McAvoy as he laid down on the ice for a few minutes before the fifth-year defenseman skated to the dressing room for facial repairs.

Girgensons earned a five-minute major and a game misconduct for boarding McAvoy into the boards. The Bruins, who built their cushion on the heels of four first-period tallies, added another insurance marker on the ensuing power play on Taylor Hall’s fifth of the season.