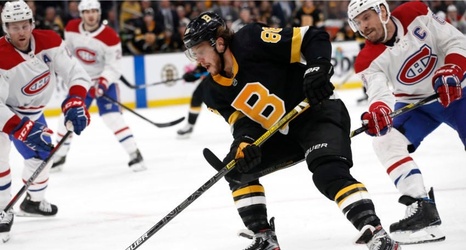 Backes’ first goal of the season came off a feed from David Krejci through the right circle, with 9:31 remaining in the third period.

Backes was in the lineup for the first time since being injured during a scary collision with Ottawa’s Scott Sabourin on Nov. 2.

Jake DeBrusk added his sixth goal of the year on a give-and-go with Charlie Coyle two minutes later.