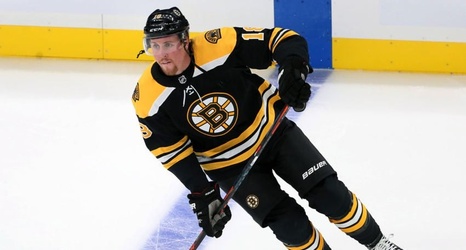 The Brett Ritchie experiment is over.

The Bruins waived the right wing Wednesday, a day after his 27th game filling a uniform. He did that capably, at 6 foot 4 inches and 220 pounds, but the puck skill and hockey sense were lacking, particularly noticeable on a roster of intelligent forwards.

The Bruins took a one-year, $1 million flyer on the ex-Dallas Star, hoping he would find some traction at age 26. They got two goals, four assists, and 89 hits.

If Ritchie got there, he was willing, but when the Bruins needed someone to deliver a message, his presence was .