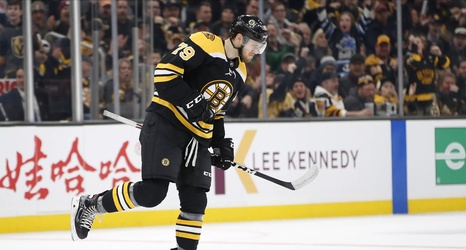 The Bruins announced this afternoon that defenseman has signed a two-year contract extension with the team.

The cap hit for the deal is $850,000, not bad for a player like Lauzon, who has continued to trend in a positive direction.

Lauzon's current deal expired at the end of this season, and it appears the Bruins weren't interested in letting negotiations drag on into the summer.

Lauzon has played 23 NHL games since being drafted by the Bruins in 2015.