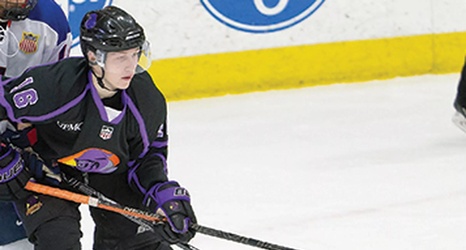 After roughly 2000 years of waiting, Boston’s second selection in the 2020 Draft is Trevor Kuntar, a Center from the USHL’s Youngstown Phantoms.

Kuntar had a good year for the Phantoms, leading them in scoring and finishing his year with 53 points in 44 games. Kunar was eligible for drafting last year, but ultimately wound up undrafted even after having a similarly decent campaign. He boasts an NHL-caliber frame with a powerful, bludgeoning shot and a relentless compete level.

He was previously committed to the Ivy League for Harvard, but thanks to the ‘Rona, he’s decided to go become a BC Eagle instead.