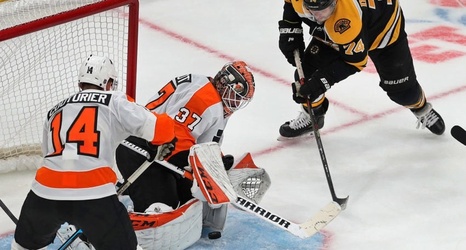 Last season ended abruptly for the Bruins when they lost, 4-1, at home to the St. Louis Blues in Game 7 of the Stanley Cup Final on June 12, a warm Wednesday night. The Bruins returned to TD Garden 103 days later, this time making their preseason home debut with a 4-3 overtime win over the Philadelphia Flyers Monday night.

The Bruins, 2-1-1 in the preseason, snapped a three-game home losing streak – their only Garden victory in the Cup Final was in Game 1 May 27. But the concern now is preparing for the regular season, which starts at Dallas Oct.