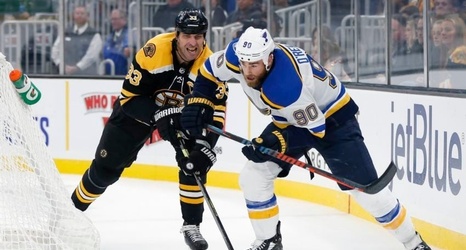 It was the first meeting between the teams since St. Louis won its first Cup last season, skating with the trophy around the TD Garden ice in Boston on June 12 after a 4-1 victory in Game 7.