Bruce Cassidy on the mend after undergoing full knee replacement 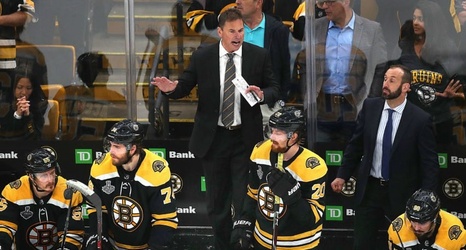 The annual list of injuries revealed at season’s end is a rite of passage in the NHL, the sport’s own confessional to the punishing rigors of a physical sport. The Bruins were no exception, their litany of groin strains and shoulder sprains, broken jaws to broken bones a fitting companion to the heartbreak of defeat in Game 7 of the Stanley Cup.

Head coach Bruce Cassidy was more informative in the days following that 4-1 loss at TD Garden than he was during the thick of his team’s long playoff run, but for every admission he made about Patrice Bergeron, Zdeno Chara or Chris Wagner and the surgeries they did or did not face this summer, he neglected to include one major candidate for the operating table.