Brett Ritchie has been placed on waivers 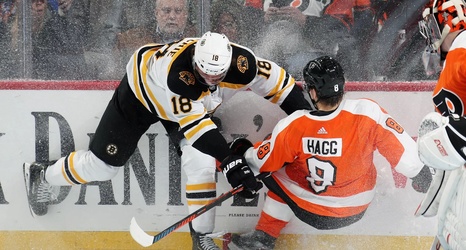 Following last night's ugliness in Columbus, the Bruins have made a somewhat big roster move: Brett Ritchie has been placed on waivers.

It's not entirely surprising, but is still a little surprising.

The Bruins do need to call someone up to replace the injured Tuukka Rask, but they could probably put Rask on IR to free up that roster spot.

Ritchie will likely be assigned to Providence if he clears waivers.

It's been a tough go for Ritchie, who started off so well with that goal in the opener in Dallas.