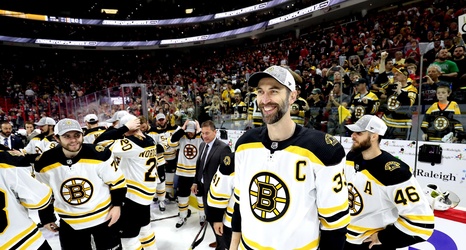 The 6’9″ Czech very quickly became the face of the Boston Bruins and the big, bad brand of hockey they played. Posting seven, almost eight, 40-point seasons in a row and in only 2 seasons he did not have a positive plus/minus score. That was in his first season with Boston and in the 14-15 season, which is understandable because only two of the eight defenseman at the time had a positive plus/minus. Zdeno Chara was third with 0; not even a negative!

He’s had decent seasons since then, but has definitely regressed since his prime and until last year still looked like a NHL defenseman.