Boston Bruins: Why Taylor Hall is unlikely to end up in Bruins colors 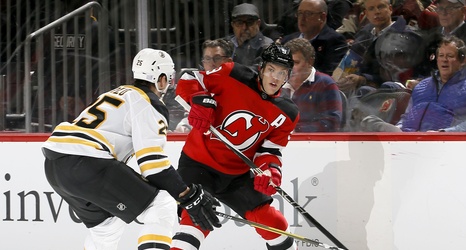 We’re a little over a quarter into the NHL season, about the time when trade rumors really start to heat up. Boston Bruins GM Don Sweeney will likely be in the market for a top-six winger to solidify his team’s chances this year. Will Boston make a play for a big-name winger?

If you look at the forwards on the trade market, Taylor Hall is the name that really stands out. The New Jersey Devils hoped to re-sign Hall earlier this season, but after a poor start this season, a trade is on the horizon.