Boston Bruins: This Trade Could Benefit Both Teams 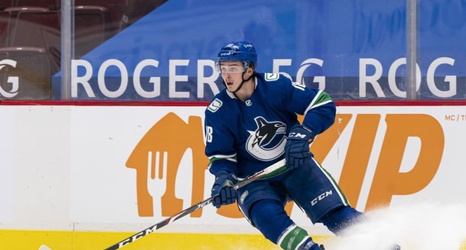 VANCOUVER, BC - JANUARY 20: Jake Virtanen #18 of the Vancouver Canucks skates with the puck during NHL hockey action against the Montreal Canadiens at Rogers Arena on January 20, 2021 in Vancouver, Canada. (Photo by Rich Lam/Getty Images)

When the Boston Bruins re-signed Jake DeBrusk in Novemeber, they were hoping that the 24-year-old second-line left wing would pick up his offensive production where he left off last season.

After scoring 16 goals as a rookie in 2017-18, he potted a career-high 27 goals a year later, before finishing one goal short of a second consecutive 20-goal season last year with 19 in a shortened 70-game season.