Boston Bruins: Still getting results even without Patrice Bergeron 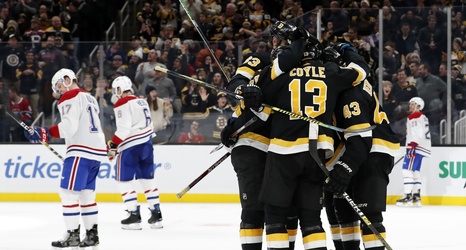 Not only have the Boston Bruins just coped, but are seemingly thriving with Patrice Bergeron watching on and not feeling the need to rush back to action to help rescue the team from any sort of slide in form.

In the four games he’s missed since his last appearance against the Minnesota Wild, the Boston Bruins have scored 16 goals (though half of those were in the thrashing of Montreal at the Bell Centre) and only conceded 5.

All this, in part, because Patrice Bergeron’s spot has been very ably filled by David Krejci.