Boston Bruins: Should Danton Heinen be on the trade block? 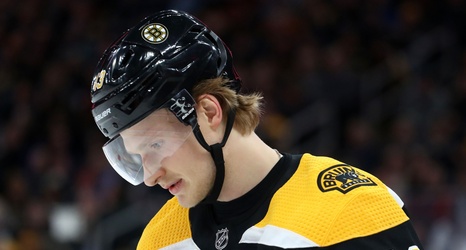 This might be unfair on Danton Heinen as he is the victim of a lot of line shuffling and general misuse by the Boston Bruins. At even-strength, he has had three key groups of line mates, but none for more than 11% of his overall even-strength ice-time this season.

His most common line-mates have been David Krejci and Jake Debrusk, followed by Anders Bjork and Charlie Coyle as well as seeing a decent amount of time alongside Brett Ritchie and Coyle. Casting Danton Heinen as a second to third-line winger is not the problem; rather the shuffling is.