Boston Bruins: Prospect Jakub Lauko stretchered off; is on the mend 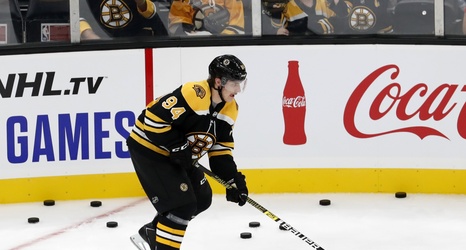 Thankfully for the Boston Bruins and Jakub Lauko, the cause of his collapsing to the ice wasn’t overly sinister. While it was bad enough to stretcher him off, he was able to give a thumbs up as he left and also was seen walking within the arena later that day.

Although there’s been nothing official that we’ve seen, it appears it wasn’t an intentional elbowing motion by the opposing player Justin Bailey, but rather Jakub Lauko ran into said elbow.

Also, not official is the fact that Lauko was diagnosed with a concussion and as such, is possibly now a doubt to make the Czech Republic World Juniors roster.