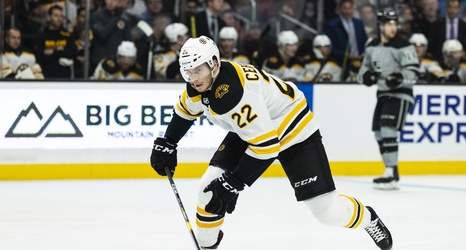 After getting healthy again, it was a very painful experience for the Slovakian winger not to play in the Winter Classic. A few weeks following the Winter Classic, which the Boston Bruins ended up winning in a thrilling fashion, Peter Cehlarik finally received a call-up.

He scored two goals in his season‘s debut, which was huge. However, Peter Cehlarik was able to follow-up with only 4 points in the next 19 games. In the playoffs, it was almost impossible for him to play with the big team.

“After my season in Providence ended, I was in touch with the General Manager of Team Slovakia.