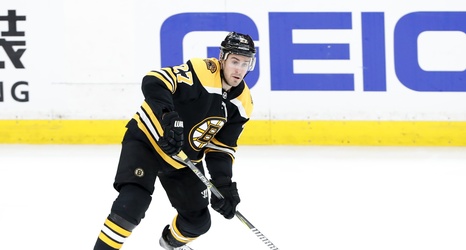 While it’s always a treat welcoming back an injured player; on the defense, this return generates more questions than it answers right now. Shortly, the Boston Bruins will welcome John Moore back to their healthy roster.

On Sunday, John Moore played his first game after almost six months against the Charlotte Checkers at the AHL with the Providence Bruins during his conditioning stint. He had an assist as the P-Bruins won 4-0 on the road.

Maybe a few more games and John Moore’s shoulder might be fully ready for a comeback and the 29-year-old defenseman ready to play again in the NHL.