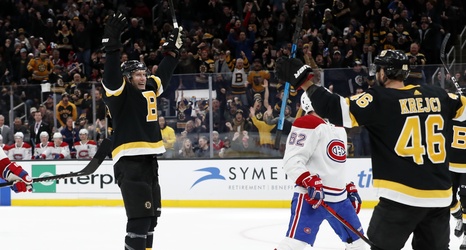 While David Backes wasn’t afforded any more ice-time than usual by Boston Bruins head coach, Bruce Cassidy; he did manage to make an impression in his 9 minutes.

Lining up alongside Joakim Nordstrom and Par Lindholm, David Backes put up a strong fourth line performance for the Boston Bruins.

Given his limited time on the ice, the fact he grabbed a goal is remarkable in itself, especially as he was returning from a thirteen game lay-off and the Canadiens weren’t exactly playing light (as the teams’ second period scuffle can attest to).