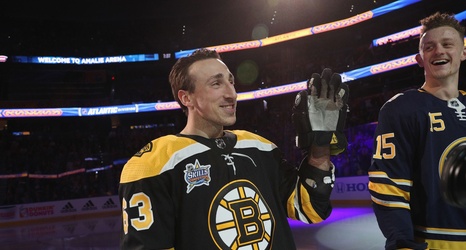 Granted, Brad Marchand faces competition, both from his Boston Bruins teammates, David Pastrnak, Tuukka Rask and Patrice Bergeron (who all appear on the NHL.com voting page), as well as other worthy rivals in the Atlantic Division.