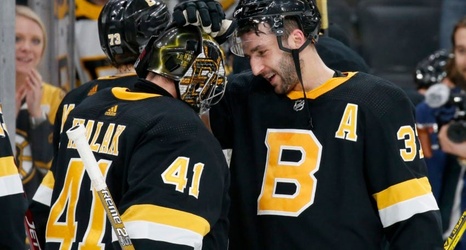 Sean Kuraly and Par Lindholm also scored for the Bruins and Brad Marchand added an empty-net goal in the final minute.

Sidney Crosby scored for the Penguins just 24 seconds into the game, but Jaroslav Halak shut out Pittsburgh the rest of the way. Halak made 29 saves as Boston improved to 2-0 against the Penguins and ended Pittsburgh’s four-game winning streak.

Crosby was playing for the second time since returning Tuesday after missing 28 games following abdominal surgery.