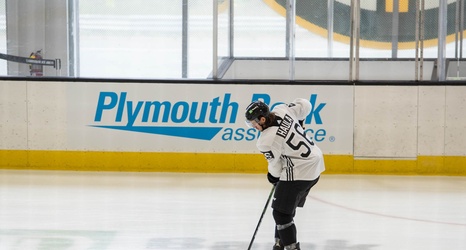 The preseason is nearing its end, and the Boston Bruins mostly have their opening night lineup penciled in for Oct. 16.

Aside from Jack Studnicka and Charlie Coyle fighting for second-line minutes, the Bruins had most of their four scoring lines and three defensive pairings settled heading into Wednesday’s exhibition finale against the Washington Capitals. Barring injuries, here’s how Bruce Cassidy’s depth chart will look like a week from Saturday against the Dallas Stars.

What needs to be said that hasn’t already been regarding one of the National Hockey League’s top lines?