3 takeaways from the Bruins’ scary loss to Columbus 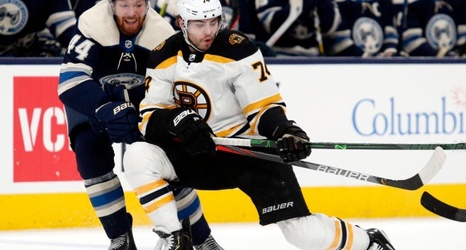 The Boston Bruins entered Tuesday’s tilt in Columbus less than 24 hours removed from what Bruce Cassidy described as an “unprofessional” loss to the Flyers in Philadelphia. Cassidy’s squad encountered another moment of adversity a mere 1:12 in when Tuukka Rask exited the game with a concussion after taking a questionable hit to the head from Blue Jackets forward Emil Bemstrom.

Slowly but surely, things went from bad to worse without Rask.

The effort wasn’t poor by any means, but the Bruins had nothing to show for their outing against an opportunistic Blue Jackets bunch.