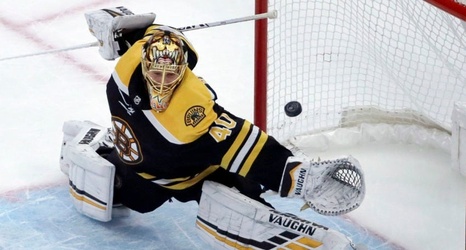 The Bruins wanted to leave their extra session struggles in 2019.

So much for that New Year’s Resolution, at least initially.

Thursday’s 2-1 overtime loss to the Columbus Blue Jackets marked Boston’s 11th loss in the extra session — overtime or shootout. And clearly the frustrations with the constant OT struggles have reached a boiling point.

The Bruins carried a 1-0 lead into the third period — on the heels of David Pastrnak’s 30th goal of the season — before Sony Milano’s pass to the crease deflected off Matt Grzelcyk and past Tuukka Rask (31 saves) for the equalizer a mere 2:06 into the final stanza.