3 takeaways as the Bruins finally topped the Detroit Red Wings 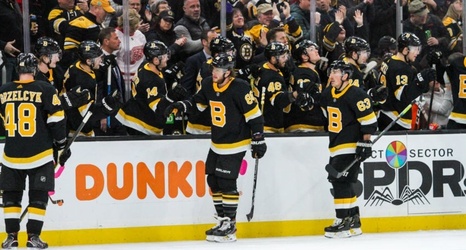 The first and last place teams in the National Hockey League collided at TD Garden on Saturday as the Boston Bruins welcomed the Detroit Red Wings for a matinee special.

It wasn’t always pretty, but the Bruins — despite trailing 1-0 after 20 minutes on a Darren Helm shorthanded tally — finally snapped their five-game skid against the hapless Red Wings.

The Bruins pressed Jonathan Bernier all game long and finally found the back of the net on Charlie McAvoy‘s wrist shot at 8:01 of the second period. McAvoy’s second of the season sparked a three-goal-in-four-and-a-half-minutes explosion in front of a sold-out Causeway Street faithful.