Will Chad Johnson finally get some playing time? 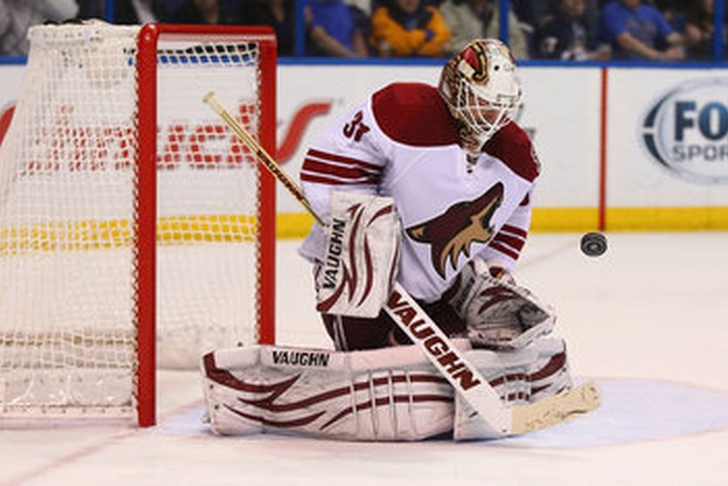 Boston Bruins backup goaltender Chad Johnson has yet to play a game this season, but this could be the week he gets some on ice action.

Prior to preseason, one of the biggest roster spots that players were competing for was the backup goaltender position. After impressing the coaches and management, Johnson won the job over Niklas Svedberg and Malcolm Subban. Svedberg and Subban were sent down to the Bruins affiliate, the Providence Bruins.

Tuukka Rask has started all seven games this season for the Bruins. Coming off a break out season last year, leading the Bruins to the Stanley Cup Finals, many people questioned if he could come back this season and perform at the same level.

Rask has answered the questions by playing well through seven games, posting a 5-2 record. Rask has a save percentage of .954 along with allowing just 1.29 goals per game.

The Bruins have three games this week. A visit to the Buffalo Sabres on Wednesday and then the San Jose Sharks come to Boston the next day for the Bruins first back-to-back games of the season. To end the week, the New Jersey Devils come to Boston.

This week would be a perfect time to get Johnson in a game, or maybe two.

For the Bruins to be successful this season, Rask needs to find a balance between ice time and rest. With this being Rask’s first full season as the Bruins No. 1 goalie, it is essential that he gets rest to avoid fatigue late in the season. The Sabres (1-8-1) and Devils (1-4-3) have been two of the worst teams in the NHL to start the season. The Sabres are dead last in the NHL in goals per game and the Devils rank 24th. This would be a perfect time to give Rask some rest while giving Johnson some reps in net.

Johnson played four games last season for the Phoenix Coyotes, posting a 2-0-2 record. He was sent down the Coyote’s affiliate, the Portland Pirates, where he played in 34 games. Johnson also played for the New York Rangers from 2009-11.