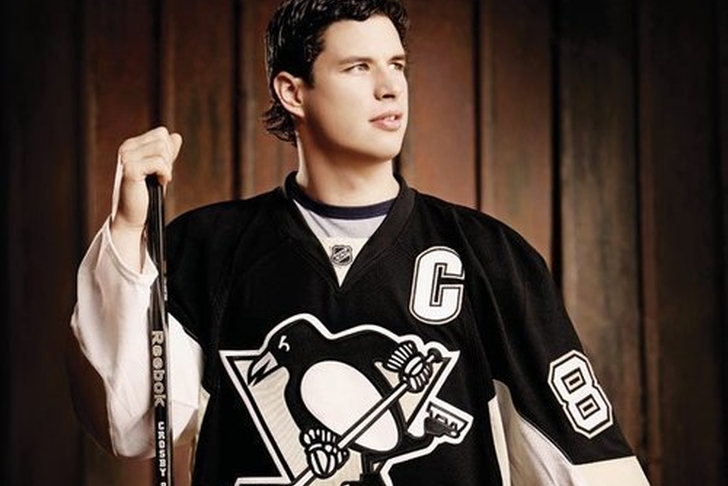 With a pivotal Game 4 of the Stanley Cup Finals taking place in Boston tonight, I thought it might be prudent to catch up with Sid-the-Kid, better known as Sidney Crosby, the All-Star forward for the Pittsburgh Penguins, and better still known on Twitter by the parody handle Sidney Crosby's Ego (@SidneyCrosbyEgo).

If you're a fan of hockey or just of people getting made fun of, you'll enjoy the feed. However, neither Crosby nor his digital ego are feeling too good after the Penguins got completely dominated in every way by the Boston Bruins in the Eastern Conference Finals, but the wounded ego was kind enough to take some time to talk some puck and some other stuff too.

Shoutout to the post for fucking us over all series.

Bobrovsky won the Vezina? My jaw has a save percentage of 1.000% this shit is rigged.

Your GM Ray Shero won GM of the year. You had Pascal Dupuis, Chris Kunitz, Evgeni Malkin, Kris Letang, Brooks Oprick and yourself, to name a few. Oh yeah, and you traded for Jarome-freaking-Iginla. How did you lose?

We lost because Bylsma found traces of coke on my perfect stache, he docked me minutes, must have ate out Amanda Bynes. Whatever I'm drunk.

Who sucked more, Fleury or Vokoun?

Both, my jaw can stop more pucks than those idiots.

Who’s your pick as of now, Boston or Chicago?

Neither, I'm scratching out their names on the cup and putting Sidney Crosby.

How can the Blackhawks be beaten?

Anybody can beat the Blackhawks, especially Pierre if you know what I mean.

What about the Bruins? Oh wait nevermind that...

Bruins can blow me, especially the ones who gave it to seguin in high school.

You take a lot of heat for this, but who would you say is the biggest girl in the NHL who is always taking a dive?

Probably me, I'm not a girl but I'm always diving....into pussy.

All time favourite teammate...hmmm... This is a tough one but i'll go with me myself and I.

Your thoughts on Alexander Ovechkin? How upset were you when he won the Hart?

Hahaha Ovechkin can have the Hart all he wants, guy doesn't even play with one. Even ask his girlfriend, I had to fingerbang her with my cup ring on so she knows what a winner feels like.

Why does your lower lip love getting in the way of pucks so much?

My jaws fragile from going faster than the speed of light when mucking a broads bin, Orpik's a dumbass anyways.

Who's Gary Bettman? I run this league.

Be honest, even YOU hate Matt Cooke, right?

Matt Cooke's a living legend, guy cuts down (players) quicker than a lumberjack.