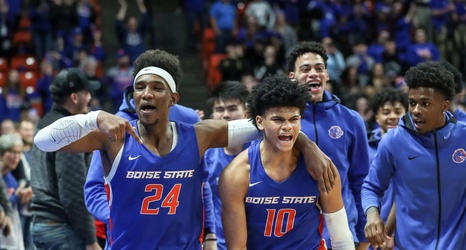 What did the drummer call his twin daughters?

Two Broncos commits from the weekend

Two good-sized gets, literally and figuratively, for the Broncos.

Mr. Juergens is a former USC commit. If you check his Rivals account his recruiting was a touch limited. But it’s good to have him aboard.

Being down 18 points with roughly four minutes to go to the Aggies was an epic comeback but, as Idaho Press reporter BJ Rains points out, there was one that was slightly “greater.