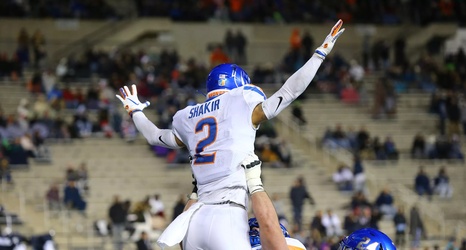 You can’t tell me that’s a coincidence.

I don’t mind this ranking so much since it has Boise State higher then Cincinnati. Still behind Memphis but whatever. And, yes, I am quite aware their rankings don’t mean a whole lot. But at least they have a better sense than some of the other pollsters.

It’s actually a series of tweets of information with stats and info about Boise State. While I really dislike their picks for the weekly player of the week awards (Boise State got shut out despite whooping up on Utah State) the MW is at least trying to pander to the right crowd.