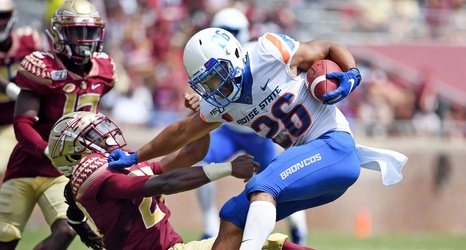 First off the board was tight end John Bates, who was probably a little more lightly used over his BSU career than many had hoped but grabbed a lot of eyeballs at the Senior Bowl and Pro Day festivities. Bates went in the 4th round to the Washington FOOTBALL TEAM (124th overall). Bates also had the distinct honor of being announced by an excitable Washington fan and being secure in the knowledge he’s a “functional blocker”