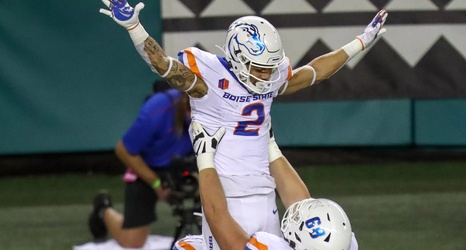 Welp. That could have gone a lot worse.

The Broncos faced a banged-up Hawaii defense that had allowed over 250 yards of rushing and walked into halftime with, you guessed it, 59. Which was only slightly worse than Hawaii’s 69 yards rushing.

After both teams traded punts to start the game (Broncos punted their first two series) the Rainbow Warriors broke that stalemate by putting up three on the board first.

Which is actually a testament to the Broncos’ first half defense. They held the Warriors to three points when they were cruising down the field on Cordeiro’s mix of passing an runs (he led both teams with 50 yards rushing in the first half).