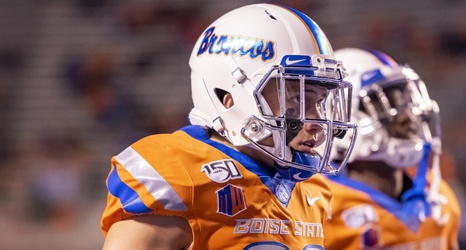 Welcome to a fun off-season series that Drew (that’s me!), Zach, and Mike (both of MWCConnection) are rolling out for your viewing enjoyment (hopefully). Back in February, excitement was at an all time high for fans and coaches alike as the 2021 class was officially signed. Like every year, fans often tout a class as potentially one of the best on paper. However, once players get on campus and actually on the field, the true story begins to reveal itself. It can often take years for a class to truly be judged as the impact of many players won’t be seen for a few seasons.