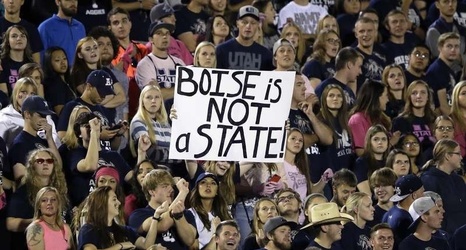 Earlier this month, Utah State’s rubber coach Gary Andersen told reporters that Utah State players that opted out were not “with us” and that it was “not an option”. Of course, this ignited a comical string of gun powder that Andersen tried to blow out before it reached that little shed where Elmer Fudd kept all the TNT. Andersen went on the radio to “clarify” his comments and underscored that what he meant to say was basically the exact opposite of what he had said. I hate when that happens.

Boise State linebacker Zeke Noa hasn’t played since last September, when he suffered all the injuries against Air Force (got that dub tho).