It was one of the best shots in NBA playoff history. And it has a Boise State connection. 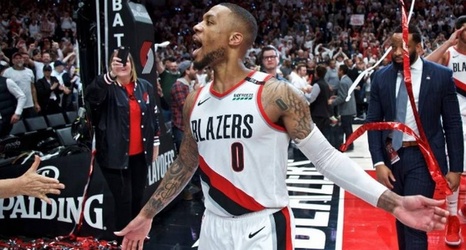 It is tough to think of many big-time shots in NBA playoff history quite like the one Portland’s Damian Lillard made Tuesday night.

The Blazers, down by 15 at home with 7 minutes left and leading the series 3-1, clawed their way back to a tie in the final seconds. Then, Lillard, sublime in the playoffs thus far, casually sank a 37-footer at the buzzer for a 118-115 win.