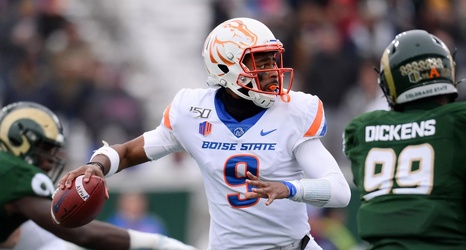 In 28 degree, recently precipitated Fort Collins, the Boise State Broncos took on the Colorado State University Rams in the finale for their 2019 regular season. The Broncos were without the services of S Jordan Happle, CB Markel Reed and G, Eric Quevedo. Jaylon Henderson yet again got the start at quarterback, and he played lights out...again.

Colorado State has never beaten Boise State. Like, ever. So, it made sense that on Senior Day that they’d come out hot, and they did. The Rams took their opening possession 75 yards and capped it with a three yard rushing TD by Jalen Thomas.