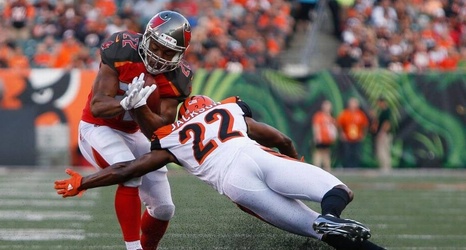 He’s coming off a disappointing season and he will miss the first three games of the season serving a suspension. But Tampa Bay Buccaneers running back Doug Martin is hardly relinquishing his feature role.

Martin is listed at No. 1 on the Buccaneers’ depth chart, and the former Boise State great has earned strong reviews from teammates and the team’s decision-making brass.

“We’re playing these games for Doug,” quarterback Jameis Winston said last week. “Doug is out there and he's not taking any reps off. He’s out there going hard like he’s going to be starting Week 1.