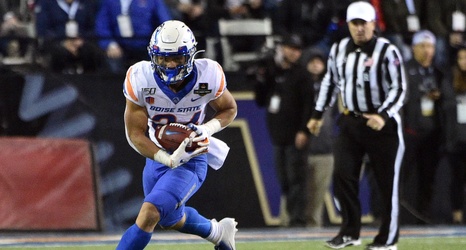 The first game of who knows how many. The first game of a season that many athletes, coaches fans, media outlets, and administrators figured wouldn’t happen at all. The first game in an environment that most folks wish were better. While a frustrating situation overall, hopefully the lure of football will help assuage many of the negatives happening almost everywhere.

The Broncos started the game with a 74-player limit for the roster (this is per MWC restrictions). That meant some players, considered crucial backups, weren’t dressed. Including Aisa Kelemete, Marques Evans, Billy Bowens, Danny Smith, and Cole Wright (among others).