Behind the Numbers: Bryan Harsin vs Air Force 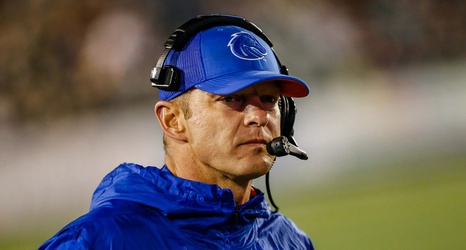 Every Bronco fan enters Air Force week with a healthy dose of trepidation. Boise has always had a kind of fearful respect of triple-option teams, dating back to the days when Rice ran up stupid numbers on an unsuspecting Bronco defense in 2001. The Broncos didn’t take that beating without an accompanying lesson, however, and promptly returned the favor in 2002.

With that historical backdrop of beatdown, adapt, return beatdown, the Bronco/Falcon ‘rivalry’ in the Mountain West is even more of an anomaly for Bronco fans. For three years in a row from 2014-2016, the Air Force Academy Falcons had their way with Bryan Harsin’s Broncos, forever scarring the psyche of an entire fanbase.